If you're following me on Pinterest then you've likely seen this DIY project from Curbly.com pinned to my boards: 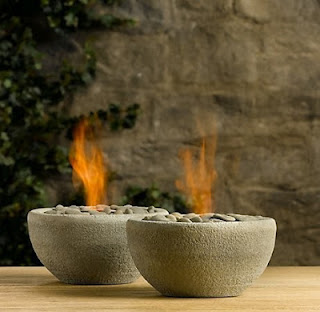 It's cute, right?  I pinned it so I could come up with an upcycled version....and I did.  Here it is:


This was SO easy and the only thing I bought was the fuel.  Here's what you need and what to do: 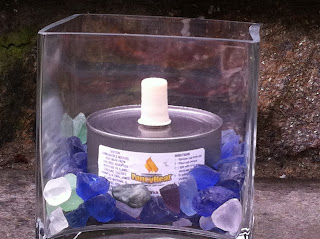 1.  I had this vase left over from a party that I threw years ago in my former life as a Volunteer Manager.  I would have liked a taller one, but the one I had broke in my last move and you know me...use what you have!  If you don't have one, you can thrift for a buck a two and they are the thick heavy ones!

2.  The glass rocks I've had for at least 7 years and have used them to decorate around candles as well as in flower vases.

The fuel that I bought (at Party City) had a closed lid with a wick which made adding the rocks super easy.  Just toss everything in the vase and light the wick.  Easy Peasy!

Here's a pretty crappy indoor picture to show you that does actually have a flame: 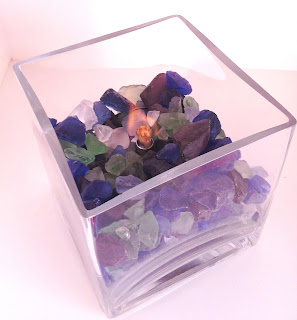